Alternate Day Fasting (ADF) is a style of Intermittent Fasting (IF) where you fast every other day.

This usually ends up in a 36-hour fast depending on what time you eat the meals surrounding the fast.

Some benefits such as weight loss, reduced inflammation, cardiovascular, and metabolic health can be obtained – at a smaller degree – from calorie restriction alone. (1, 2, 3)

Some others, such as insulin resistance, brain function, and autophagy can be obtained from alternate day fasting or other styles of intermittent fasting without being in a calorie deficit.

Weight loss during alternate day fasting will most likely come from an overall calorie deficit.

It’s easier to create a calorie deficit while doing alternate day fasting without having to track calories. This could be ideal for people with a busy lifestyle who don’t want to go through the trouble of meal prepping or counting calories.

One of Insulin’s job is to control your blood glucose levels by moving glucose out of the bloodstream and into storage.

When glucose levels increase after a meal, your pancreas senses it and releases insulin to reduce blood glucose.

Insulin resistance is when your body doesn’t respond well to insulin and your blood glucose remains high even when releasing normal or high amounts of insulin.

Being insulin sensitive means that your body requires smaller amounts of insulin to move glucose out of the bloodstream, therefore, lower insulin resistance will result in high insulin sensitivity.

Studies (4, 5, 6, 7) have shown an increase in insulin sensitivity in mice that fasted for 24 hours twice a week regardless of being in a caloric deficit or not.

This study (7) showed that mice in ADF, despite not losing weight, had a decrease in blood glucose and insulin concentration similar to the group who was on a daily calorie restriction.

Another one (8) showed that a 24-hour fast twice a week without an overall calorie deficit is enough to improve insulin sensitivity.

This study (65) (10) had 8 healthy men on a 20-hour Modified Alternate Day Fast eating at maintenance calories.

This other study (11) on True Alternate Day Fasting, however, showed an increase in insulin sensitivity in men, but not in women. This means that there might be a difference in the effects of ADF on glucose metabolism in men and women.

Get the FREE 7-Day Keto Challenge!

GET MY FREE CHALLENGE

An ADF study in mice (12) showed an increase in the creation of neurons.

The increase of new neurons from neural stem cells suggests that ADF could slow down the neural aging process.

Other studies (13) showed an increase in synaptic plasticity – changes in synaptic strength are thought to contribute to learning and memory.

Calorie restriction studies in humans have also shown an increase in memory, synaptic plasticity, and electrical activity in the brain after a 30% calorie reduction.

Some animal studies in ADF (14, 15, 16) have shown a decrease in brain damage after epileptic seizures.

Other studies (17, 18) have shown beneficial effects in animals with Alzheimer, Huntington, and Parkinson’s disease.

These effects on the brain can be seen without creating a calorie deficit. In fact, this study (7) showed a higher resistance to nerve cells damage on mice doing ADF than those on calorie restriction.

These benefits, however, don’t seem to work for all neurologic disorders. This study (19) showed no effect on Amyotrophic Lateral Sclerosis (ALS).

Autophagy is the process of breaking down and recycling malfunctioning cellular components during periods of nutrient deprivation.

Old proteins are broken down into amino acids and recycled to make new proteins. In the case of excess protein, your body will either excrete the excess amino acids or use it for energy.

Some studies suggest that autophagy may help prevent Alzheimer’s disease, suppress tumor growth during its early stages, and slow aging.

One cause of Alzheimer’s seems to be the accumulation of beta proteins inside the brain cell.

It’s believed that the build-up of these proteins eventually damages the synaptic connection in the memory and cognition areas.

These proteins are typically removed by autophagy and sent to be recycled into new proteins or turned into energy. (20)

Studies suggest that autophagy might have different effects on tumor development depending on the cancer stage.

During the initial stages of cancer, autophagy is considered a tumor suppressor.

It prevents the accumulation of damaged proteins and organelles and destroys cells that promote the growth of some types of tumors. (21) It also limits inflammation and necrosis, which helps prevent the spreading of the tumor from the primary site. (22)

On the other hand, the protective properties of autophagy are thought to help maintain dormant tumor cells and promote their survival under stressful conditions.

Accumulation of older cellular components may be responsible for many of the effects of aging.

Since autophagy targets old cells for recycling and increases the levels of human growth hormone (23) – which promotes the production of new cells – fasting is considered excellent for anti-aging.

Autophagy is activated at different degrees in different tissues throughout a typical day. There’s always autophagy occurring in our bodies to some degree.

When the body is not focusing on digestion it can focus on cellular repair.

One of the primary regulators of autophagy is mTOR, a nutrient sensor that’s sensitive to protein, especially leucine and arginine. (24)

As little as 3 g of leucine can be enough to turn off autophagy. It’s possible, however, to eat pure fat and still get autophagy.

Researchers believe that some cardiovascular benefits from ADF come from the increased levels of adiponectin.

Adiponectin has been shown to protect cardiac muscle cells against injuries caused by the low supply of blood. (25, 26)

Studies of ADF in rats have shown a decrease in body weight, blood pressure, and heart rate compared to rats allowed to eat as much as they wanted. (28, 5, 27)

Other studies where rats were induced myocardial infarction – heart attack. Rats on ADF showed a smaller infarction size and higher survival rate than rats eating as much as they wanted. (28, 29)

These positive effects on infarction size and survival rate can be seen even if ADF is implemented after the heart attack.

This is due to the production of angiogenic factors – angiogenesis is the formation and development of new blood vessels from pre-existing ones – and increased vascularization of the damaged muscular tissue of the heart.

High levels of leptin are often reflective of a pro-inflammatory state while adiponectin and ghrelin can suppress inflammation. (30)

In ADF as well as in calorie restriction, levels of leptin typically decrease while levels of ghrelin increase.

Changes in these hormones could be responsible for the reduction in inflammation markers.

A Modified Alternate Day Fasting study (31) where subjects were allowed to eat 25% of their calories on “fasting” days was done to find potential adverse effects on gastrointestinal health, sleep, energy levels, and eating behaviors.

Binge eating and depression decreased while fear of getting fat stayed the same and body image perception improved.

Results showed a minor increase in weakness, occasional problems staying asleep, and mild gastrointestinal issues. These effects, however, seem to be similar to those that occur during daily calorie restriction (32, 33)

Bad breath was the adverse effect that most subjects had in common.

Downsides of The Study

Therefore, more research is needed to validate the effects found in this study.

Another study showed an increase in hunger and a decrease in fullness after starting alternate day fasting. During the length of the fast, hunger levels remained the same while the levels of fullness increased.

However, the length of the study was only 22 days, therefore, studies for more extended periods are needed for a better understanding of hunger and fullness levels.

If you loved this article about intermittent fasting effects on cancer, Alzheimer’s, and aging and are ready to start your weight loss journey, the Custom Keto Diet plan is the place to start!

This plan helps men and women lose fat without starving themselves or giving up their favorite foods. 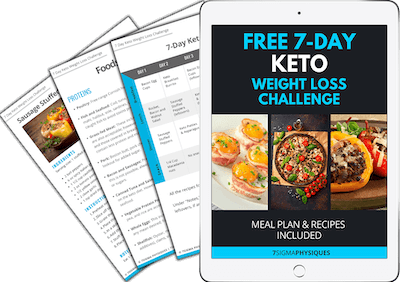 Top Picks for You 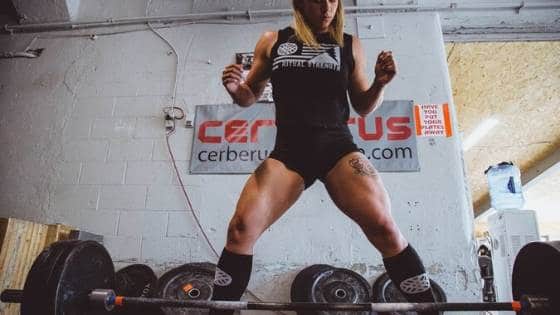 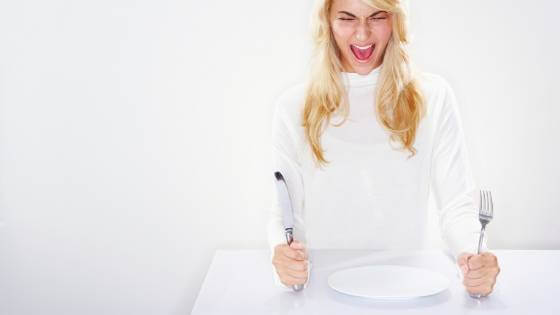 Powered by Rocket.net • Built by Blogstalgia